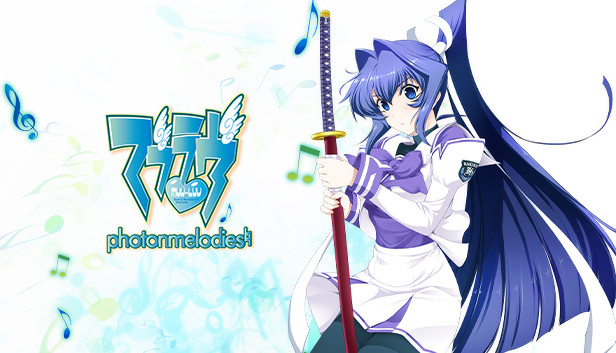 Muv-Luv fans of the world unite — it's time for a class reunion! Better strap yourselves in, because we've got a triple threat of HUGE new stories for you this time around, including the one we know you've all been waiting for!

That's right — Altered Fable is here, baby. At long last, you'll get to see exactly where our heroes end up after the trilogy's epic conclusion. And for those of you who've just finished Muv-Luv Alternative and need something to heal that weary heart, rest assured: it'll be all the therapy you need and more. And for the first time, you'll have the freedom to spend some quality one-on-one time with just about any character you might want. So what are you waiting for? Reconnect with all your old friends in this heartwarming celebration of everything the Muv-Luv universe has to offer!

But that's not all we've got in store. For those of you who can't get enough of the brutal BETA universe, we've got two more action-packed adventures that are sure to satisfy. These aren't just little appetizers, either — they're substantial, standalone chunks of Muv-Luv goodness filled to the brim with all that luscious lore and those delicious callbacks you crave.

But at the risk of delving deep into spoiler territory, let's save the details for down below. Point is: this latest collection of sidestories is absolutely massive, and you'd be doing yourself a disservice if you decided NOT to dive in. Whether you've been a Muv-Luv fan for a few weeks or a lifetime, Muv-Luv photonmelodies♮ is a love letter straight from us to you.
Main Attractions
So what exactly are you getting for the price of admission? Let us give you the rundown. Just be warned that there are spoilers ahead, so series newcomers should tread lightly!

A novella-length spinoff title set in the world of “The Euro Front,” which offers a rare glimpse into what the world of Muv-Luv Alternative is like outside of Japan.

When an uptight Japanese cadet gets stationed at a British military base during the final leg of his Royal Guard training, he thinks he’s got it all figured out. But he soon discovers that there’s more to being a surface pilot than sheer discipline when he’s assigned to the Cerberus Battalion, an esteemed TSF corps full of elite but eccentric surface pilots. Alongside a trio of buxom babes whose frisky flirtations throw him off at every turn, he’ll have to learn to loosen up and adapt to the unexpected in order to truly understand what it takes to be a soldier.

One month prior to the events of Muv-Luv Alternative, a cybernetic soldier named Silvio Orlandi arrives at Yokohama Base to work security detail at an upcoming Alternative Program summit — though in truth, he’s an undercover agent sent by the European Union for the express purpose of gathering classified intel about Alternative IV, as well as any other concerning projects the enigmatic Professor Kouzuki might have in the works.

Upon arrival, however, he quickly discovers that this won’t be a simple recon mission, as the Professor’s personal detachment — the Valkyrie Squadron — seems perpetually poised to distract him at every turn. And yet, their playful attitudes and suggestive antics seem to indicate that they have no real intention of obstructing his mission… but could it truly all be just a coincidence? Or is there more to this situation than meets the eye?

The long-awaited follow-up to the original Muv-Luv saga is finally here! Picking up directly where Muv-Luv Alternative left off, Takeru returns to the wacky rom-com world of Muv-Luv Extra, only this time, things are more than a little bit different! The multiverse may have been mended, but now this Love Nucleus has even MORE girls to choose from! Let the harem hijinks begin!

Serving as a homecoming for the series in more ways than one, this “reimagined” version of Extra (often called “Final Extra”) is the perfect bookend to Takeru’s story. If you consider the trilogy as a multi-course meal, then this is the dessert — a sweet and scrumptious reward for powering through the daunting entrée that is Muv-Luv Alternative. You’ve swallowed every tough pill, every morsel of pain and despair that game could throw at you; now it’s time for some well-deserved rest. Reconnect with all your favorite characters one last time in this massive, celebratory sendoff to one of the greatest casts in gaming history.

When we last left Takeru, he’d just been introduced to his new classmates — the multimillionaire Meiya, her courtly sister Yuuhi, and the timid transfer student from overseas, Kasumi. Our story picks up with a class cook-off to determine who gets the privilege of sitting next to Takeru, but this is quickly overshadowed by a much more interesting reveal two days later.

It seems Kasumi won’t be the only foreigner to 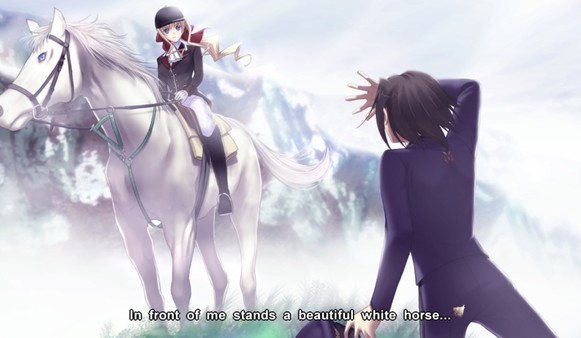 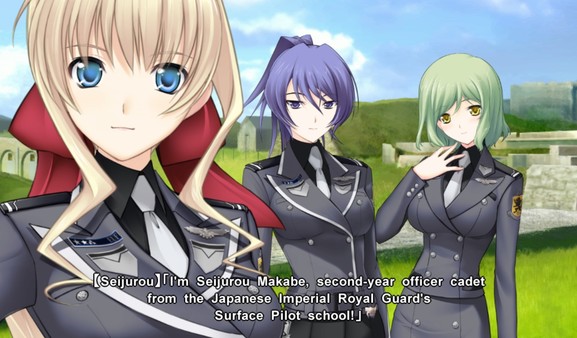 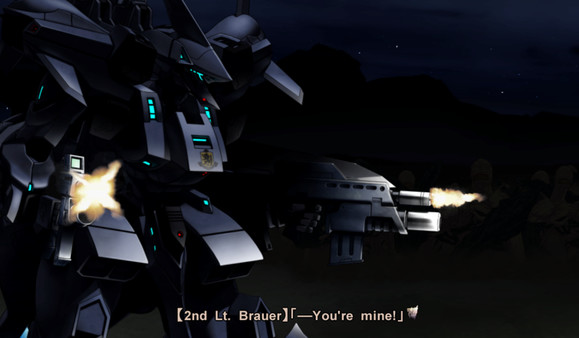 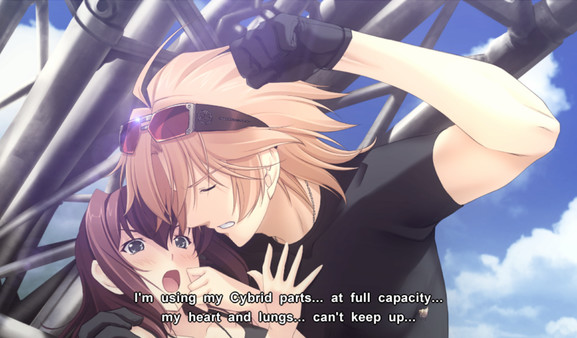 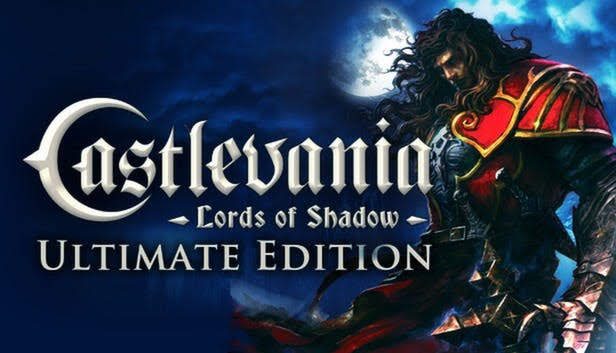 The House of the Dead 3 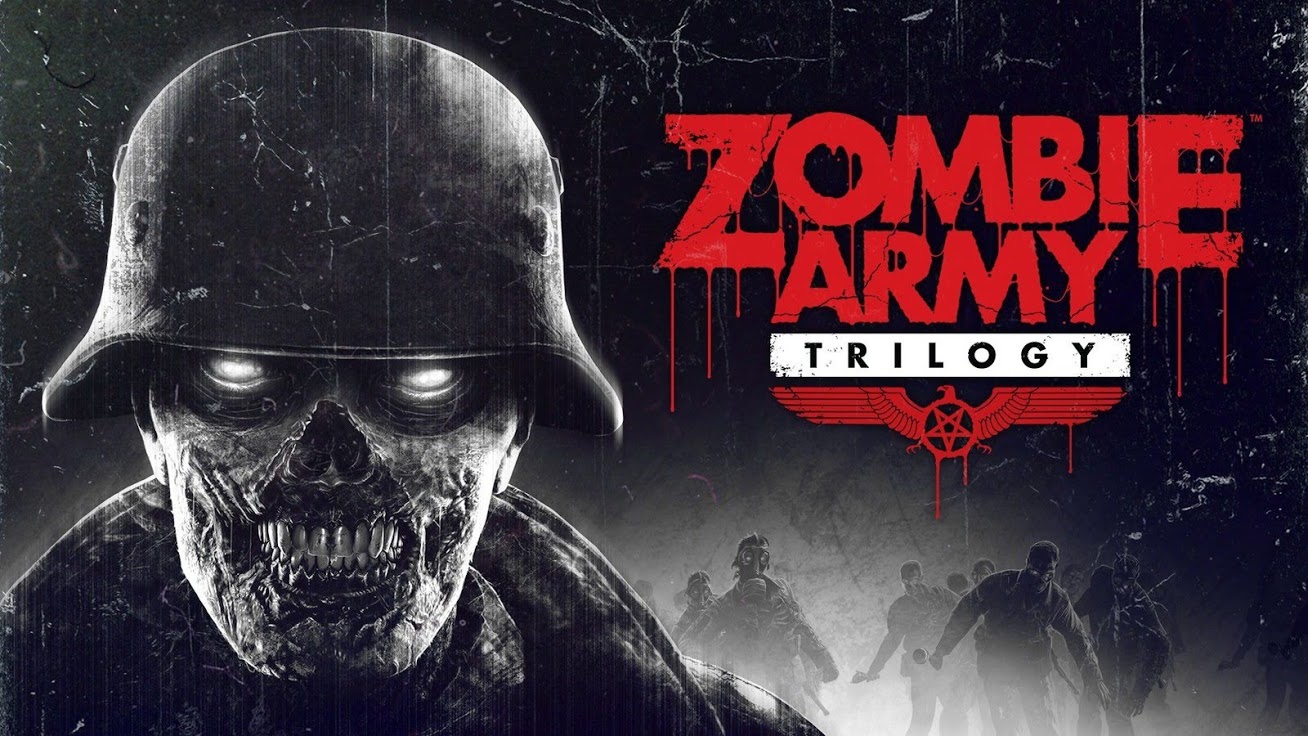